Are You Ready for Some Football? 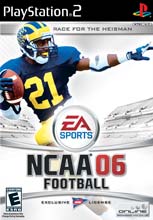 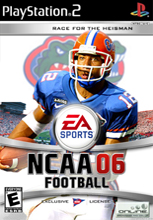 As mid-July draws closer and closer, I get more and more excited. NCAA Football 06 is soon to be released. When that happens, say sayonara to me, because I won't be seen around here too much. I'll be busy winning National Championships with the University of Florida.

Sure, I'll still be around every once in a while. I may create a new category for journal entries related to the games. I'll certainly still update this site from time to time with other news and tidbits, including new sermons and any new hymns and poems I may write (it's been a while there). But, for the most part, my free time will be spent playing the game.

Presentation of the Augsburg Confession (observed)

I will speak of your statutes before kings and will not be put to shame...

That is the verse from Psalm 119—the banner—by which these words were presented:

To Emperor Charles V...Most invincible Emperor, Caesar Augustus, most clement Lord: Your Imperial Majesty has summoned a meeting of the Empire here at Augsburg to consider taking action against the Turk, discussing how best to stand effectively against his fury and attacks by means of military force. The Turk is the most atrocious and ancient hereditary enemy of the Christian name and religion. This meeting is also to consider disagreements in our holy religion, the Christian faith, by hearing everyone's opinions and judgments in each other's presence. They are to be considered and evaluated among ourselves in mutual charity, mercy, and kindness. After the removal and correction of things that either side has understood differently, these matters may be settled and brought back to one simple truth and Christian concord. Then we may embrace and maintain the future of one pure and true religion under one Christ, doing battle under Him, living in unity and concord in the one Christian Church...

Wish to Leave Me a Birthday Greeting?

I'm 29 today. If you wish to leave a birthday greeting, please leave a comment to this post. Thanks for all the calls and cards to those who sent them. Thanks also to those who posted here!

I Didn't Have My Fun

Now, it's gone too far. Some "lamer" is suing everyone in sight (related to Formula 1) because only six cars raced. I guess he (and the other two parties also bringing litigation) wanted to see something potentially deadly.

Yesterday, in Indianapolis, was run the U.S. Grand Prix, a Formula 1 race run on a modified road course inside the Indianapolis Motor Speedway, site of the Indy 500. In case you haven't heard, only six cars ran the race, down from the usual 20.

It all had to do with what tires they used. The six cars running were from the three teams that run on Bridgestone tires. The other seven teams use Michelin.

No, I'm neither suing nor being sued. Nor do I expect such litigation to be brought to me. This is all about something someone should not have done, but did anyway...now I expect the blame to be shifted.

Today is St. Barnabas. So, for today's entry, here's a sermon from the archives. Enjoy!

on to the CWS, Gators!

The Gator baseball team is headed to Omaha! What's in Omaha? The College World Series!

In a best of 3 series against the Seminoles in Gainesville, the Gators won games 1 and 2, sweeping Florida State and sending them back to Tallahassee, ending their season. Game 1 was Friday, an 8-1 thumping. Game 2 was last night, an 8-5 win. Next up is Tennessee.

Other than the football bowl loss, this has been a pretty good year so far for UF athletics (at least as the big-time sports are concerned...I can't say I've followed the other sports too much, but from what I've gathered, they've done really good, too). SEC Champs in basketball. SEC regular season champs in baseball; now, they're off to Omaha!

a look at a star-filled romance

For one, I'm not a fan of Tom Cruise. For another, I don't care so much about Katie Holmes. Still, there is something about this that both makes me happy for them at the same time makes me wonder.

Don't like those long urls? Don't like to give those out? Don't like to receive them? Then this is the site for you. Copy your long url, paste it into their form, they create a tiny url for it. Don't believe me? Well, see where this tiny url leads you: http://tinyurl.com/78858

at least, that's what they did a year ago, and they are still defending

Are you ready for another "I Miss Hockey" entry?

You're not? Too bad!