St. Titus (on the occasion of a circuit pastors' conference)

“For a bishop must be blameless, as a steward of God, holding fast the faithful word as he has been taught, that he may be able, by sound doctrine, both to exhort and convict those who contradict.”

Dear assembled brothers of the Denver Southeast Circuit, these words of Paul to our predecessor in office, St. Titus, should ring as words of encouragement and warning to us. I say this not in a “sign-of-the-times” way, for these words ring true, no matter the era we have found ourselves in, no matter the season, no matter the circumstances that present themselves to us. Today’s text is not merely appropriate for the us-versus-them mentality we find our Lutheran Church – Missouri Synod in these days, for we have found the us-versus-them mentality no matter the days the synod has found itself in.

Another Free Day at the Denver Zoo

The whole family was able to go this time. Here are some pictures of our trip. 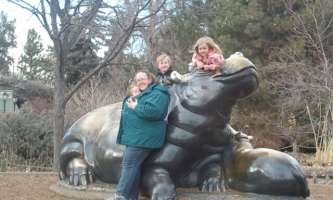 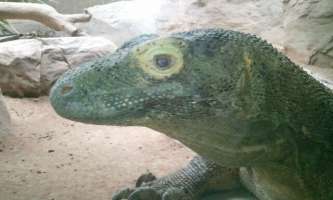 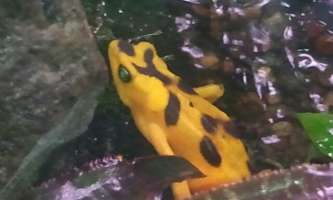 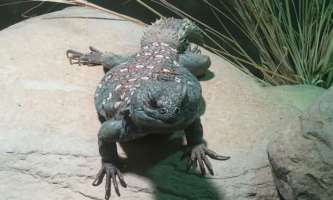 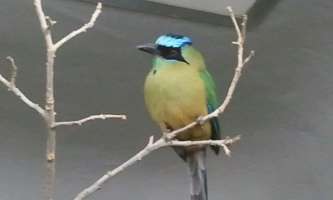 Say "No" to SOPA and PIPA

that explains the logo change

Anti-piracy is well and good, but congress acting to regulate the internet is not the way to do it. Enact laws to prosecute those who pirate, but do not force ISPs to block sites that are suspected pirates. There are copyright laws out there to enforce, we don't need more to help; enforce the ones that are already on the books (there are ways to do so, and they work).

SOPA and PIPA might not affect famwagner.com or Atlantis, though it could with my use of OS and Browser logos. Hey, I've never said I own the logos, but if SOPA and PIPA are enacted, I could be shut down or have someone go after me. That's how overbearing these bills are.

So, I stand with sites like Wikipedia (which is blacked out today) and Google, who put a black bar over their logo. I liked that idea, and decided to emulate it.

I've been playing around a bit with the site's cascading style sheets. For the longest time, I've only ever used CSS2.1, which is compatible with just about every browser out there. Well, a lot of the new browsers support CSS3, at least in part. Well, if you're using one of these new browsers (Firefox 3.5 or newer, Chrome 4 or newer, ChromePlus 2 or newer, Safari 4 or newer, and Opera 9.5 or newer), and you're reading this, you're seeing some of the updated style.

So, I just finished watching all 10 seasons today. No, I didn't watch all 10 seasons today, but I did watch episode 20 of season 10, having watched all episodes in order over the past several months. Watching Unending is always bittersweet. I got choked up at the last scene when the episode first aired. I got choked up when I watched it again via the DVD set Genevieve got me. I got choked up again today. I can't think of another show or series that has had this affect on me; not even Star Trek TNG's All Good Things.

I think I'll go through them all again when I finish watching the rest of the Stargate shows. I have been watching the first three seasons of Atlantis concurrently with the last three of SG-1, and I'll start Universe when I'm done with Atlantis, just like when the series ran. I'll put the SG-1 movies in there, too, at about the time they fit in the Stargate universe.

I was even thinking about Stargate Universe after watching Unending, and I found myself thinking that I hope someone decides to pick up the series and restart it, because it just didn't finish.

Free Day at the Denver Zoo

So the Big Kids and I Go

It was supposed to be a nice morning and early afternoon, and the free zoo day was advertised on the news, so the big kids and I went. It's a nice zoo, and we just about finished the whole thing before the snow started. 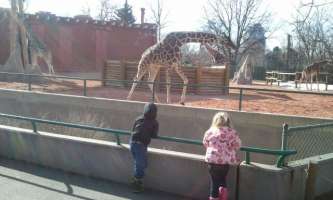 Epiphany of Our Lord

The tale begins about some 600 years before. Judah is taken captive by Babylon. It was the third year of the reign of the king Jehoiakim, and King Nebuchadnezzar besieged Jerusalem.

And the Lord gave Jehoiakim king of Judah into his hand, with some of the articles of the house of God, which he carried into the land of Shinar to the house of his god; and he brought the articles into the treasure house of his god. Then the king instructed Ashpenaz, the master of his eunuchs, to bring some of the children of Israel and some of the king’s descendants and some of the nobles, young men in whom there was no blemish, but good-looking, gifted in all wisdom, possessing knowledge and quick to understand, who had ability to serve in the king’s palace, and whom they might teach the language and literature of the Chaldeans. And the king appointed for them a daily provision of the king’s delicacies and of the wine which he drank, and three years of training for them, so that at the end of that time they might serve before the king. Now from among those of the sons of Judah were Daniel, Hananiah, Mishael, and Azariah. To them the chief of the eunuchs gave names: he gave Daniel the name Belteshazzar; to Hananiah, Shadrach; to Mishael, Meshach; and to Azariah, Abed-Nego. (Daniel 1:2-7)

Circumcision and Name of Our Lord

The Evangelist St. Luke serves as our guide for Advent and Christmas. From him, we hear of the birth of the Savior in the town of David. And, being the vigilant physician that he was, he was never short on details. Even in the silence, St. Luke gives us details.

You may recall the Christmas narrative from St. Luke’s second chapter. The first 20 verses are all about the birth of the King of kings in a lowly stable outside of Bethlehem. Angels appear and announce the birth to shepherds who were in the same country that night. The shepherds go to find the baby, just as it had been told them, wrapped in swaddling cloths. Then, they leave and tell everyone they know what had happened. And did you notice the one thing missing in all of that? The Child is nameless.