Festival of the Reformation (observed) 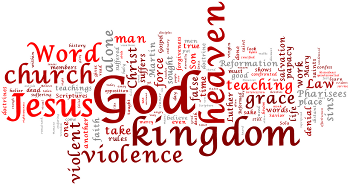 “And from the days of John the Baptist until now the kingdom of heaven suffers violence, and the violent take it by force.”

The kingdom of heaven suffers violence as the violent take it by force. However, as you read the Gospel accounts, there appears to be little in the way of violence with regard to what the kingdom of heaven suffers or how it is taken. Jesus walks on earth and is relatively unscathed only until He allows Himself to be captured, beaten, and crucified. Until Jesus’ time had come, we read only of those who sought to stone Him and throw Him over the cliff, but failed—no account of a scraped knee, lacerated members, broken bones, bloody nose, or black eye; no account of battles and wars. Jesus walks around and teaches wherever He goes, healing the infirm, raising the dead to life, and forgiving the sins of the people.

Today’s text follows last week’s text, and in truth, found it’s way into last week’s sermon. As a result, what you hear today will, in some parts, be a rehash of what you heard last week. This is not all bad; as children often need to hear the same things over and over again from their parents, so children of the Heavenly Father need to hear the same thing from Him over and over again.

I've flown flags in South Dakota, Oregon, and Colorado, and the first state flag I get is Bavaria. Just in time, too, for my church's Oktoberfest. 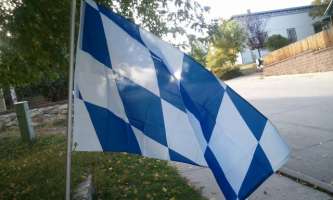