Of all the parables of Jesus, this one has to be the most fun for theologians; at least, from what I’ve read before, many have spent so much effort explaining this parable, and the explanations are widely divided. Much of the explanations are always an attempt to explain who the characters in the parable are supposed to represent. Most everyone agrees that the master is supposed to represent the Father, but they quickly diverge from there. Some would suggest that the manager is supposed to represent the Son and that the debtors are supposed to represent mankind which Christ saved. “Then why,” some ask, “did the manager only cancel part of the debtors’ debts? Christ paid the price for our sin in full, there should be nothing left!” This second group offers the idea that the manager is the believer and the debtors are unbelievers. “Then why,” some ask, “was master angry at a believer? If we believe in a loving God of grace and mercy, He wouldn’t be angry at believers, but forgive them.” And the suppositions go on and on and on from there; back and forth bickering over why one character could represent this person and not the next, and so on and so forth, ad nauseam. 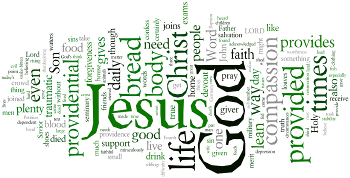 One of the hoops I had to jump through upon entering the seminary was to take some psychological exams. While I found the exams tedious and mostly spurious, I suppose there is some merit to administering them to men who are seeking to undertake the noble task of being an overseer. (cf. 1 Timothy 3:1) For one thing, there is a high rate of depression among the clergy, across all Christian confessions—even I have dealt with bouts of it—and these exams could be helpful in identifying men most susceptible to depression (or other issues) and provide them with tools and resources to help them deal with whatever issues may pop up when they do.

“For I say to you, that unless your righteousness exceeds the righteousness of the scribes and Pharisees, you will by no means enter the kingdom of heaven. Agree with your adversary quickly, while you are on the way with him, lest your adversary deliver you to the judge, the judge hand you over to the officer, and you be thrown into prison. Assuredly, I say to you, you will by no means get out of there till you have paid the last penny.”