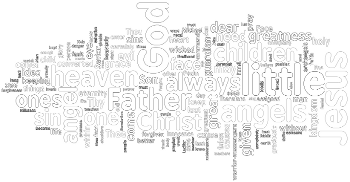 Jesus said, “Take heed that you do not despise one of these little ones, for I say to you that in heaven their angels always see the face of My Father who is in heaven. For the Son of Man has come to save that which was lost.”

How dear to God are these little ones! Jesus says that their angels always see the Face of His Father. There are angels assigned to His little ones, and they are always before the throne of God. These angels, messengers of God, are much more than part of God’s creation that merely gaze upon the Face of the Father. St. John tells us that under the leadership of Michael the archangel, the angels of God cast Lucifer and those angels who followed him from the Face of God. Lucifer is the devil and Satan, that serpent of old. (cf. Revelation 12:7-9) The prophet Daniel also wrote of Michael, the great prince who watches over the sons of the children of Israel, who on the last day will come at the time of great conflict, but that the people of God would be delivered through it. (cf. Daniel 12:1-2) It is these warrior-messengers of God that keep watch over the little ones, and they are always before the Face of the Father.

We are in the midst of death. The death procession is all around us. We have come through one of the most destructive fire seasons in history; the Black Forest near the Springs has been ravaged by fire, and the land bears the scar that has the look of death. And this, merely a year after the fire across the interstate in Waldo Canyon (not to mention the many other fires that have burned around the state). Wednesday evening into Thursday the area was subjected to much rainfall and places experienced flooding, including the burn scarred areas down south. Life was washed away in those floods, especially for the person whose house collapsed on them, and others who succumbed to the flood waters. Four dead so far; 150 whose whereabouts are still unknown.

This past Wednesday we remembered a very deadly day in the history of our nation. It was just a year ago when terrorists stormed the American Consulate in Benghazi, Libya, killing the ambassador and three others, while 12 years previous to that many men and women were killed and gave their lives as terrorists flew planes into the towers of the World Trade Center, toppling them, into the Pentagon, and into a field in Pennsylvania. Of course, many more lives were taken in the warring that has occurred since then, as a result of these acts.

Certainly, we cannot begin to count the death toll of the countless tragedies that have happened since and long before these events. Auto accidents, train derailments, tornadoes, hurricanes, volcanic eruptions, earthquakes, tsunamis, murders and massacres, wars, abortions—death surrounds us. “Come quickly, Lord Jesus,” we are wont to pray; “See that you are not troubled; for all these things must come to pass, but the end is not yet,” He replies. (Matthew 24:6b)

Our own bodies testify to being in the midst of death. From the moment we take our first breaths, we slowly make our way to our final day. Along the way, we fall ill, scrape our knees or shed our blood in various ways, and break bones. Such fragile creatures are we, marching ever onward toward death and decay. Some of us die “naturally,” while others give in to horrific and painful diseases. 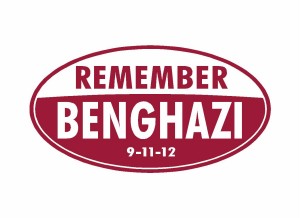 A Picture Worth 17 Words 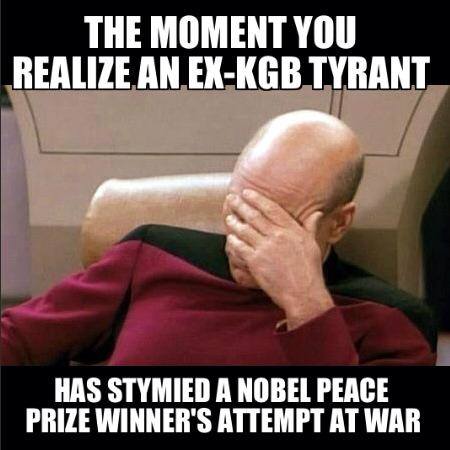 running for the first time in 20 years

I have a Märklin electric train set (with some Primex pieces, but they're another Märklin brand). It was a set started for me by my Opa. The transformer I have for it is built for German outlets and electrical systems. A couple of days ago, I won an auction for a transformer that would work on these shores. It came today, so I hooked up my train and ran it for the first time in a long time.

I've posted the several sermons that have been waiting to be posted, so I'm up-to-date in that category. The only thing left to do is the download the audio from my old recorder, convert the sermons to mp3, and upload them to the site. That hasn't happened because the computer that its software is on is in a room that gets warm during the summer, so we don't turn it on.

Related to that, however, is that I have a different recorder, now, that records things in mp3 format directly to a SD card. Additionally, the audio is in stereo where the old recorder recorded in mono. The latest sermon posted (Trinity 14) was recorded using the new device. If it sounds weird, that would be because I had a cold when I preached it.

We have today a lesson which occurs twice in the lectionary, in both the One-Year Series and the Three-Year Series, year C. Jesus heals the ten lepers on His way to Jerusalem passing through the region of Samaria. We know the lesson well enough, as we hear it every year on the National Day of Thanksgiving, appropriate for the day based on the one leper who, as he is being cleansed on his way to the priests, turns around and bows at the Great High Priest’s feet in thanksgiving.