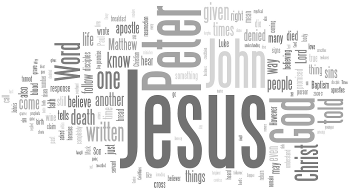 As Jesus is being led to His trial before the temple priests, Peter followed, probably at a distance, as does another disciple, whom many think to be John. John was known to the high priest, so he was able to enter the courtyard with Jesus, but Peter could not. John spoke to the servant girl and brought Peter in. This servant girl thought she recognized Peter and pressed him, “You are not also one of this Man's disciples, are you?” Peter replied, “I am not,” and with that denied Jesus the first time. (cf. John 18:12-17)

Twice more, Peter denied knowing Jesus—denied His God and Savior. Then, the rooster crowed. Peter remembered Jesus’ words, “Before the rooster crows, you will deny Me three times.” He went out from the courtyard and wept bitterly. (cf. Matthew 26:75)

What is confessed in tonight’s sermon is quite simple, yet profound.

It begins by confessing and acknowledging that Jesus is true God, begotten of the Father from eternity, and also true Man. You cannot separate the two natures of the Christ—Jesus is one person, God and man—but you can confess each nature separately.

Jesus is true Man, of that there is no doubt. These past few weeks, Jesus’ human nature has been stressed, perhaps to the neglect of His divine nature. Jesus has a human name, given to Him by His guardian and mother. He has a human frame, assumed in the womb of His mother. He was conceived, born, and grew just like you. He ate and drank, laughed and cried, ran and walk, slept at night, learned the Ten Commandments, prayed the Psalms—He did everything a normal man would do, except what a normal man after the fall does: sin.

But, Jesus is true God. As the angel announced to the virgin, that which was conceived in her would be called the Son of the Highest. Gabriel told Mary that the Holy Spirit would come upon her as the power of the Highest would overshadow her and she would conceive a Son. And because of all of that, the Son she would conceive and bear would be called the Son of God.

I Can't Believe that It's Been Six Years

how long have we lived here?

Today is the sixth anniversary of my installation as pastor at Christ Our Savior Lutheran Church. Six years! It's hard to believe that I've been here that long. For one thing, it simply doesn't feel like I've been here that long. For another thing, my life has been lived having never spent this much time in one place; it feels weird, in a way—it's not that I'm looking to move, but that I'm simply not used to living as long as this in one place.

When God instituted the holy estate of marriage, He blessed it as a separation and joining. In so doing, it is written, “Therefore a man shall leave his father and mother and be joined to his wife, and they shall become one flesh.” (Genesis 2:24) Man and woman separate from their parents, headship changes, authority shifts, and a new home is created. And the manifestation of the estate of marriage, a chief purpose for it’s institution, is the procreation of children. Man has a part to play in the creation, as in marriage man and wife are blessed to make another in their image.

This day and age, that doesn’t always work out. Simply put, since the fall, not all marriages are blessed to bring forth children. Medically, the reasons are numerous, as one person or the other or both are unable to conceive, but they all boil down to one reason in the end: sin. Thankfully, God provides another purpose for marriage—mutual enjoyment and consolation—even as He also provides other means by which a childless couple can care for and raise children.

However, even in marriages that are able to conceive, sin plays a part in that conception. For one thing, there is pain in conception and child birth, as God had cursed the first woman. (cf. Genesis 3:16a) For another thing, there are complications, still, in conception and development of children, as they can be conceived and born with any number of maladies and deformities. But, most atrociously, this sin-sickness, which our Confessions call concupiscence, is passed on from father to child in conception, and the child is a sinner from the moment it is formed in the womb—a child made in the image and likeness of their parents. “I am a sinner like my father before me, and his father before him, and his father before him...” 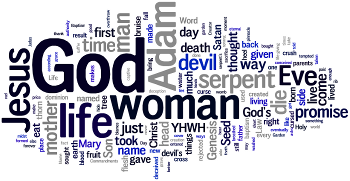 It was the Sixth Day. YHWH was at the pinnacle of His creative work. He had just made livestock and all creeping things and beasts of the earth according to their kinds. It was good. It was time to unveil His masterpiece, His pièce de résistance: “Let Us make man in Our image, according to Our likeness...” (Genesis 1:26a)

God took a little of the virgin, red earth and formed a man from it, then breathed into his nostrils the breath of life. He gave the man the name Adam, after the red earth from which he was formed. A little later that day, God caused the man to fall into a deep sleep, took a rib from his side, closed the place up with flesh, and fashioned a woman from the rib. (cf. Genesis 2:7, 21-22) 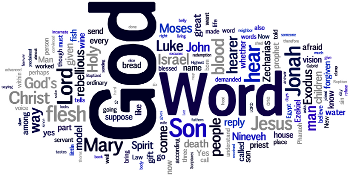 When Moses was called to lead the people of Israel out of Egypt, YHWH told him, “Come now, therefore, and I will send you to Pharaoh that you may bring My people, the children of Israel, out of Egypt.” (Exodus 3:10) Moses, perhaps the greatest person in the history of the Old Testament, responds with excuses. God spoke to Moses, and Moses lists off reasons why that Word cannot be.

Finally, Moses is convinced to do what the Word of God commanded Him to do.

When the prophet Ezekiel was called to proclaim the justice of God to the people of Israel, it almost seems as if he had to be convinced by vision of heaven unlike anything described elsewhere in the Scriptures, spare the Revelation given to St. John. After the frightening vision, showcasing the might and majesty of God over creation, YHWH tells the priest,

Rather than just being told what he was going to do and going, one can read the vision as being that little extra nudge that Ezekiel needed to heed the Word of God.

And there’s Jonah—obstinate Jonah. This prophet was told to go to the land of Nineveh and proclaim the judgment of God to the people there: “Arise, go to Nineveh, that great city, and cry out against it; for their wickedness has come up before Me.” (Jonah 1:2) What does Jonah do instead? He flees to Tarshish, as if to hide from God, perhaps in the hopes that God would send someone else to Nineveh instead. But God had none of it. A great storm arose and tossed the boat on which Jonah had booked passage. Knowing that he was the cause of the boat’s problems, he pleads with the crew to throw him overboard, which they finally do. “Now the LORD had prepared a great fish to swallow Jonah. And Jonah was in the belly of the fish three days and three nights.” (Jonah 1:17) After being vomited by the fish, Jonah makes his way to Nineveh, proclaims the Word of God there, and the city repents, much to Jonah’s surprise and dismay.

What about Zecharias? Here is a priest, no less, someone who should know the Word of God when it comes to him, one would think. He is well advanced in years, but childless; his wife Elizabeth is barren. It was his turn to serve in the temple, and as he was doing so, the archangel Gabriel appears to him and tells him that Elizabeth is pregnant. “You will call his name John.” (Luke 1:13) The priest asks, “How shall I know this?” He gives excuses how this cannot be: “I am an old man, and my wife is well advanced in years.” (Luke 1:18) You can almost hear him scoffing and mocking the angel. For not believing the Word of God sent to him, Zecharias is made a mute until he names his son John.