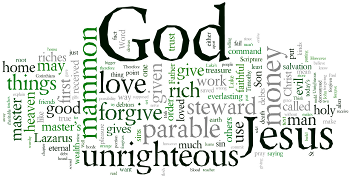 It’s a strange parable that Jesus told—strange, because it doesn’t really fit the mold of the other parables that Jesus told. For years, the parable has been known as “The Unrighteous Steward.” You heard it already, but here’s a quick summary:

Why is the steward called unrighteous? It is not because he forgave a portion of the master’s debts without the master’s consent or knowledge, but likely because as the parable starts, he is mismanaging his master’s wealth.

Grapes and figs and thorns and thistles—these fruits of grace and wrath, holiness and sin: they are marks of right preaching and false teaching. And, so, Jesus says, “Beware of false prophets... You will know them by their fruits.”